These new claims are ~10 km north of 10,250 ha staked on June 8th. The Company now has 17,100 ha in the heart of the Central Newfoundland Gold Belt (“CNGB”), contiguous with New Found Gold’s [“NFG”] Queensway project. Gander South, and other Newfoundland holdings, position Marvel as an important gold junior in the province. While there are > 50 publicly-listed companies with properties in Newfoundland & Labrador, only a dozen have meaningful property holdings within an hour’s drive (70 km) of Ground Zero.

Will Marvel Discovery be the fastest growing Newfoundland gold junior of 2021?

Ground Zero is NFG’s Keats Zone, where a blockbuster discovery hole in late 2019 (19 m at 92.9 g/t gold), put the CNGB at the center of the high-grade gold exploration world. However, back then gold was around $1,475/oz. In the ensuing nine months, it hit an all-time high of $2,070/oz., sparking the ongoing, modern-day gold rush / claims-staking frenzy we see today.

Experts are increasingly noting similarities in geological setting & character of Newfoundland mineralization to that of both the Abitibi Greenstone Belt (“AGB”) of Ontario & Quebec, and the Bendigo-Fosterville goldfields in Australia. If these parallels prove to be informative, it would really bode well for growing Newfoundland stakeholders like Marvel Discovery. Since the early 1900s, the AGB has produced over 180M ounces of gold & 15 billion tonnes of copper (+silver & zinc & other base metals).

Other significant Newfoundland juniors include Marathon Gold, Anaconda Mining, Sokoman Minerals, Exploits Discovery, Labrador Gold, Maritime Resources, Matador Mining and Sassy Resources. Marathon has a strong 5M oz. project entering production in 2023. Anaconda is in production (~18,000 oz./yr.) at one of its three projects. Matador has a growing 1M oz. deposit and a PEA. Labrador Gold, Exploits & Sokoman already have high-grade discoveries under their belts, (but they’re still pre-maiden resource) — with an average EV of ~$163M.

Ambitious goal to triple in size to ~100,000 hectares this summer

In a recent Proactive Investors interview, largest shareholder & CEO Karim Rayani stated that the Company plans to grow its portfolio in Newfoundland from ~28,000 to as many as 100,000 hectares this Summer. That would make Marvel a top-10 precious metal claims holder in the province.

Why is size so important? The top eight Newfoundland-focused gold juniors have announced at least 421,000 meters of drilling for 2021 (in varying stages of completion). Two hundred thousand (200,000) meters is being done by NFG. Imagine how many exciting press releases this drilling might generate.

Depending on where mgmt. secures the land that takes them to 100,000 ha, Marvel could soon have a top-6 holding [of property within 70 km] of Ground Zero, which would be a formidable footprint to show potential partners. I asked Mr. Rayani where he’s looking to expand, but he couldn’t tell me, except to say, “in desirable areas.”

To be clear, even if Marvel’s team locks down 100,000 ha, there can be no assurances that any of the prospective hectares will host interesting mineralization, not to mention economic grade. However, in any red hot area play the tried & true method is absolutely to grab as much land, in what appears to be the best places, as fast as possible.

Make no mistake, New Found Gold’s properties are going to become a mine, That means surrounding juniors (if they don’t develop mines themselves) will be prime takeover targets as satellite deposits to mining operations that spring to life later this decade.

Readers should recognize that most of the land scooped up by juniors will be uneconomic, but the call option value of well situated property is compelling. Consider that the Keats zone is ~50 hectares in size (open at depth & along strike), but could already contain millions of ounces of gold on just that small footprint. By far Labrador Gold’s most important property, Moosehead, comprises 7,700 hectares, yet that company’s EV is ~$250M (pre-maiden resource estimate).

Rayani and other smart money investors, most notably Eric Sprott, are accumulating properties in this area play. Obviously, not every junior will make it big like NFG. In fact, most will never even climb to the ranks of Marathon, Labrador Gold, Anaconda or Sokoman. However, over the next 12-18 months, several companies with tiny market caps will enjoy substantial gains in market valuation, there’s a decent chance Marvel will be one of them.

Readers are reminded that Marvel Discovery is far from a one-trick pony. In prior articles I outlined how cheap the valuation was based on its portfolio of prospective properties. While the EV has increased, at $9M it still appears undervalued. If Rayani can deliver 100,000 hectares in Newfoundland, the value of that land bank alone would easily be > $9M (in my opinion).

Investors would be getting all the other assets for free. One “other” asset is the 1,296 ha Blackfly Gold project in Ontario (~14 km southwest of Agnico’s Eagle’s 5.6M ounce Hammond Reef project). Diamond drilling of 16 holes is expected to start next month. Historical intervals included 1.1 meters @ 15 g/t gold & 2.0 meters @ 11 g/t gold.

Earlier in June, assays from 78 surface samples at Blackfly were reported. Four graded > 10 g/t gold, the highest was 24.3 g/t. These select samples (not necessarily representative of the entire deposit) included some visible gold, indicating the potential for both vein-hosted & broad disseminated / stringer mineralization. Assays on another 180 samples will be released in coming weeks.

Blackfly’s drill program this Summer could be a game-changer for that project. If drilling at Blackfly hits high grades over multiple meter widths, then that property alone could be worth more than the Company’s entire EV of $9M. In addition to Blackfly and the growing excitement in Newfoundland, Marvel also has promising Red Lake Ontario gold properties that could see exploration later this year.

Disclosures: The content of this article is for information only. Readers fully understand and agree that nothing contained herein about Marvel Discovery, including but not limited to, commentary, opinions, views, assumptions, reported facts, calculations, etc. is not to be considered implicit or explicit investment advice. Nothing contained herein is a recommendation or solicitation to buy or sell any security. CEOdigest is not responsible under any circumstances for investment actions taken by the reader. CEOdigest has never been, and is not currently, a registered or licensed financial advisor or broker/dealer, investment advisor, stockbroker, trader, money manager, compliance or legal officer, and does not perform market making activities. [ER] is not directly employed by any company, group, organization, party or person. The shares of Marvel Discovery are highly speculative, not suitable for all investors. Readers understand and agree that investments in small cap stocks can result in a 100% loss of invested funds. It is assumed and agreed upon by readers that they will consult with their own licensed or registered financial advisors before making any investment decisions.

Readers understand and agree that they must conduct their own due diligence above and beyond reading this article. While the author believes he’s diligent in screening out companies that, for any reasons whatsoever, are unattractive investment opportunities, he cannot guarantee that his efforts will (or have been) successful. CEOdigest is not responsible for any perceived, or actual, errors including, but not limited to, commentary, opinions, views, assumptions, reported facts & financial calculations, or for the completeness of this article or future content. CEOdigest is not expected or required to subsequently follow or cover events & news, or write about any particular company or topic. CEOdigest is not an expert in any company, industry sector or investment topic. 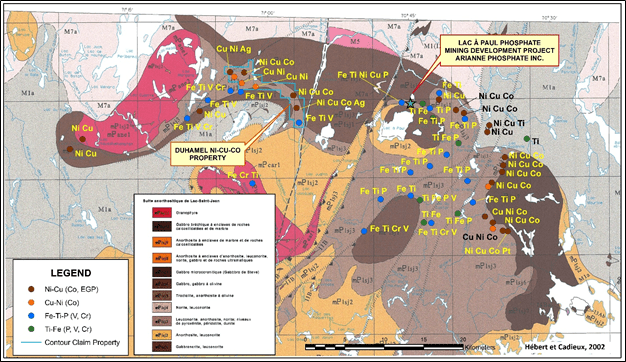 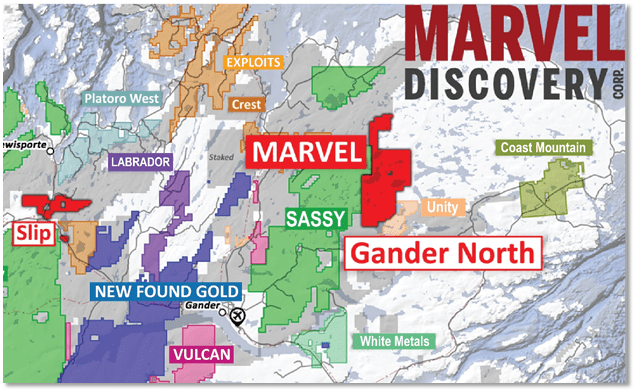 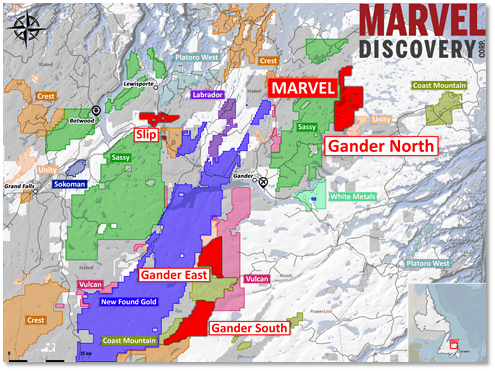 On July 13, 2021 Falcon Gold (FG.V) announced that it has acquired a significant land position within the Hope Brook Area, Newfoundland. Falcon Gold has de-risked itself significantly