Vancouver, British Columbia–(Newsfile Corp. – September 15, 2021) – Prime Meridian Resources Corp. (TSXV: PMR) (“PMR” or the “Company“) is pleased to provide the following overview of both the Company’s projects and its neighbors’ activity in the Dixie Lake area of the Red Lake Mining District of Ontario. Historically, the Red Lake Mining District has produced approximately 30,000,000 ounces of gold. 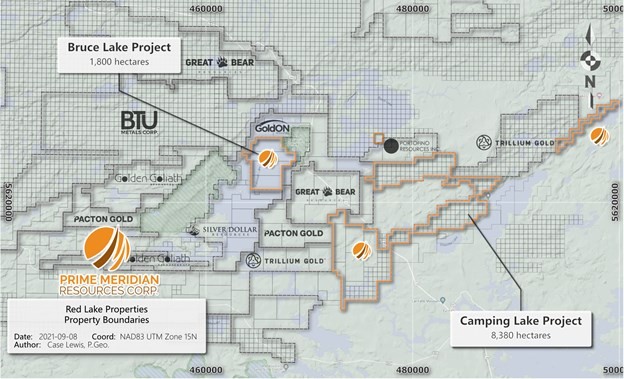 The source of gold mineralization at the main mine trend at both Red Lake and the LP Zone of Great Bear Resources’ Dixie Project is believed to be related to a similar deep crustal source. A 2006 geophysical survey suggests that the same structure associated with GBR’s LP Zone is associated with the Pakwash Lake Fault Zone (PLFZ) and Sydney Lake Fault Zone (SLFZ), which underlie a large extent of Prime Meridian’s newly-expanded land position (Figure 2). 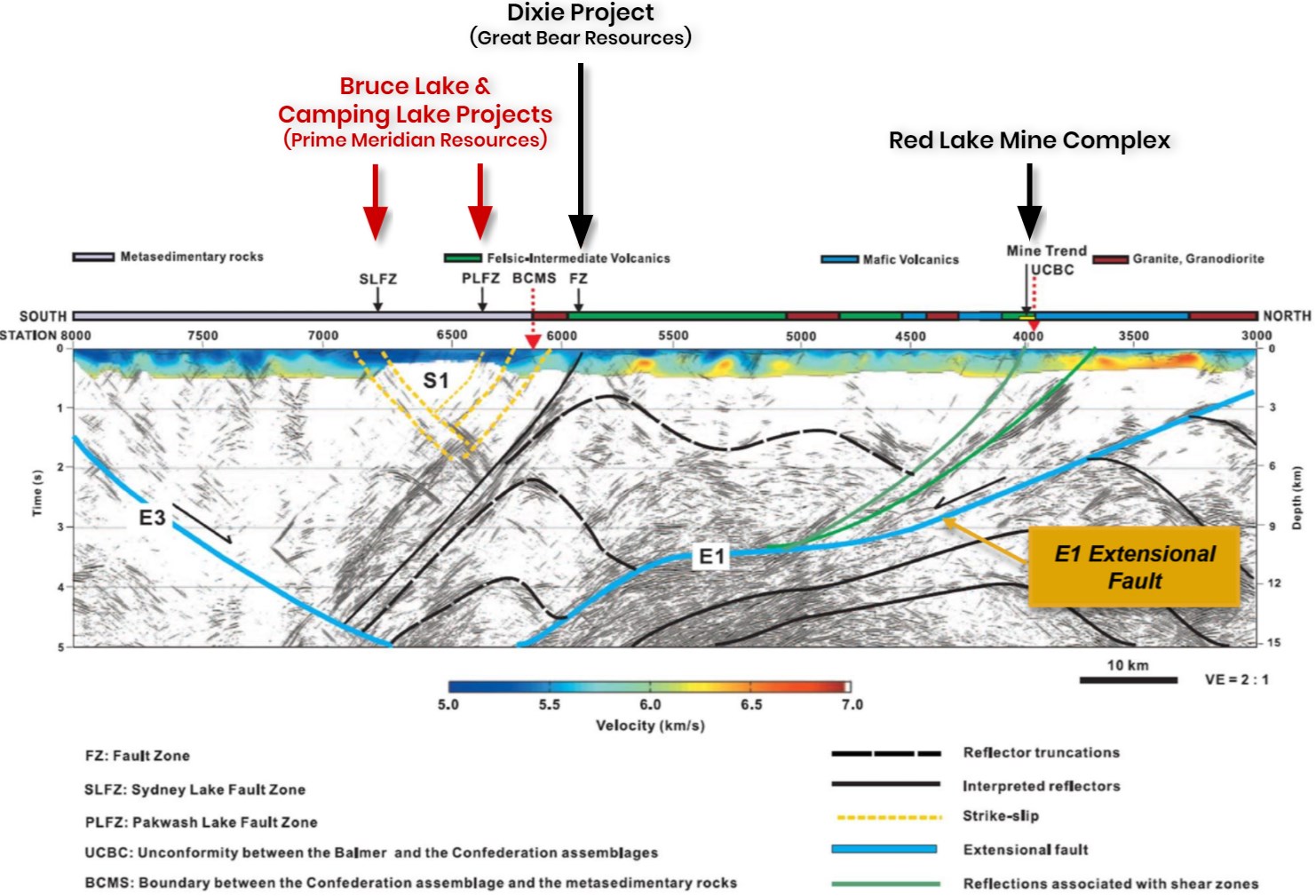 Activity in the Dixie Region of Red Lake

The Great Bear Resources Dixie project is one of the largest recent gold discoveries in Canada. To date, GBR has completed a total of 630 drill holes (283,000 metres), identifying three high-grade gold discoveries. The most significant discovery is the large-scale “LP Fault” zone, which comprises high-grade disseminated gold mineralization within broad moderate-to-lower-grade envelopes in felsic volcanic and sediment units. The LP Fault drilling has identified gold mineralization along 11 kilometres of strike length to date and GBR is expected to publish an initial NI 43-101 compliant mineral resource estimate for the Dixie project in early 2022. (2)

The BTU Metals has discovered a potentially large VMS style Cu-Ag-Au alteration system called the TNT Target (which now includes an option of the GoldON Resources Pakwash North claims) BTU recently completed IP surveys and an EM survey that has resulted in the identification of priority targets on the Pakwash North claims which are directly to the north of PMR’s claims. BTU reported on June 1, 2021: “The strongest geophysical targets from the TNT geochemical-geophysical study are on the Pakwash North property and plans are being made to drill these targets in the coming months.” (3)(4)

Golden Goliath Resources have been drilling their Kwai project, focused on identifying and delineating gold deposits associated with crustal-scale fault structures. This drilling to date, has been concentrated on the Pakwash Lake Fault, a major east‐west trending fault in the Dixie region. Currently, GNG drilling is moving in an easterly direction toward PMR’s claims along the Pakwash Lake Fault. GNG reported on August 25, 2021: “We are excited about finding alteration and similar stratigraphic units that occur on the GBR Dixie property. For some time we have felt that the Kwai property covers the south flank of a regional fold that repeats the geology of the Dixie property.” (5)(6)

The Great Bear Resources Pakwash project is located southeast of its Dixie project and covers portions of the regional Pakwash fault structure central to PMR’s claims in the area. Historical work on the property identified gold lake sediment anomalies that coincide with regional fault zones and gold in-soil anomalies. (7)

Trillium Gold Mines have been building an extensive claim position over the regional Sydney Lake Fault zone through its Leo and Karas projects on the western and eastern flanks of PMR’s claims on the same fault.

PMR is currently finalizing a geological and work program overview for its claims in the Dixie Lake area of the Red Lake Mining District.

The technical contents of this release were approved by Case Lewis, P.Geo., a Qualified Person as defined by National Instrument 43-101.

On behalf of the Board of Directors of
Prime Meridian Resources Corp.

The TSX Venture Exchange has in no way passed upon the merits of the proposed transaction and has neither approved or disapproved the contents of this press release.