Following up on a highly successful Phase I and Phase II program, Phase III comprises a total of 2685 metres in 16 holes targeting 7 different silver vein structures, plus the Santa Rita silver-gold prospect. Phase III drilling will continue to focus on gaps and extensions of principal veins and also includes testing some deeper vein extensions. Previous drilling has tested mineralization at depths from surface to only 150 meters deep. Phase I and Phase II drilling completed in 2020/2021 demonstrated the existence of significant silver mineralization that has not out cropped on the surface especially in the south and the south-east areas of the property.

Drilling will focus on expanding high grade silver mineralization open along strike, and at depth, within the Ely, Martina and Julia vein structures that currently host conceptual open pits at Ely North, Ely Central, Martina and Julia South. The program will also include testing vein structures or mineralization at four other targets plus the Santa Rita silver-gold prospect 15 km to the north of the Virginia discovery. Santa Rita was previously explored by Mirasol in 2005-2007 including 2,048m of drilling. Surface sampling highlights included 340 g/t silver and 1.23 g/t gold and channel sample highlights included 309 g/t silver and 0.63 g/t gold over 4m. New drill targets have been developed at Santa Rita based on a reinterpretation of the exploration and drilling data and structure.

In addition, the next block to the northeast of the Virginia Vein Field will be the focus of the extremely successful Pole Dipole Induced Polarization (PDP IP) survey. The PDP IP follows up the earlier gradient array IP to define and sharpen the linear chargeability anomalies that are yielding responses similar to the known vein structures within the Virginia Vein Field.

Ely Central hosts a 580m gap between the Ely South and Ely North conceptual pits. Drilling along a 200m section of this during Phase I and Phase II delivered silver mineralization in all four holes. Two holes will be directed at testing the mineralization: one to depth and one along strike.

Highlights of previous drilling include:

Three vein segments have been identified at Martina: NW, SE and SW. Martina NW is a 200m gap to the north of the existing Martina conceptual pit. Phase II drilling returned 190 g/t silver of 5.9 metres. One hole will test below this drill intersection. The geological evidence, as interpreted by the Mirasol team, indicates the Virginia Vein Field is tilted to the east, meaning the silver mineralized shoots will be deeper on the eastern side of the field.

Magi has been traced intermittently for 770m on the east side of the Virginia Vein Field. Limited drilling has returned highlights of 40.73 g/t silver over 16.7m. One hole will test the vein along strike.

Margarita is a 500m long vein in the south of the Virginia Vein Field. Historic channel sampling returned highlights of 1,486 g/t silver over 1.4m with samples ranging from 3,170 g/t silver to 67 g.t silver. A Phase I drill hole appears to have been drilled into the footwall of the vein, so one hole will test the vein from the hanging wall side.

Roxanne remains an enigma as drilling to date has been unable to locate the elusive source of a 590m linear series of surface float samples that averaged 1,039 g/t silver, ranging from 2,880 g/t silver to 103 g/t silver. Corresponding high chargeability suggests a linear structure. One hole will test below a drill intersection of 21.84 g/t silver over 2.6m.

Maos has been traced intermittently 200m along strike in the northeast of the vein field. Historic sampling returned anomalous silver values in linear subcrop and angular float. With the vein field dipping to the east, the favourable silver mineralization is expected to lie at depth beneath surface. Two drill holes will trace the vein down dip toward the high-grade silver mineralization.

Reinterpretation of the geophysics and drilling suggests that 40% of the 2,048m drilled at Santa Rita Main was drilled into the footwall and failed to intersect the main structure. Vein quartz and alteration suggest the drill holes targeted the upper levels of epithermal veining, with the high-grade gold and silver values expected to be deeper within the vein. Three drill holes are planned to cross the vein structure from the hanging wall and test the structure at depth.

“With two highly successful drill programs already completed, Phase III drilling has the potential to significantly expand on our previous discoveries and build on the known silver resource at the Virginia Vein Field, ” commented Silver Sands CEO Keith Anderson. “Much of this program is designed to test extensions and gaps in areas where we have already encountered high grade silver mineralization along strike from known conceptual open pits. Other targets have the potential to develop new conceptual open pits by expanding on previous drilling and sampling. As well we’re extremely excited to test new high priority silver/gold targets at Santa Rita based on a reinterpretation of previous exploration and drilling data. This will be the first time we’ve drilled a target where there has been significant gold mineralization.” 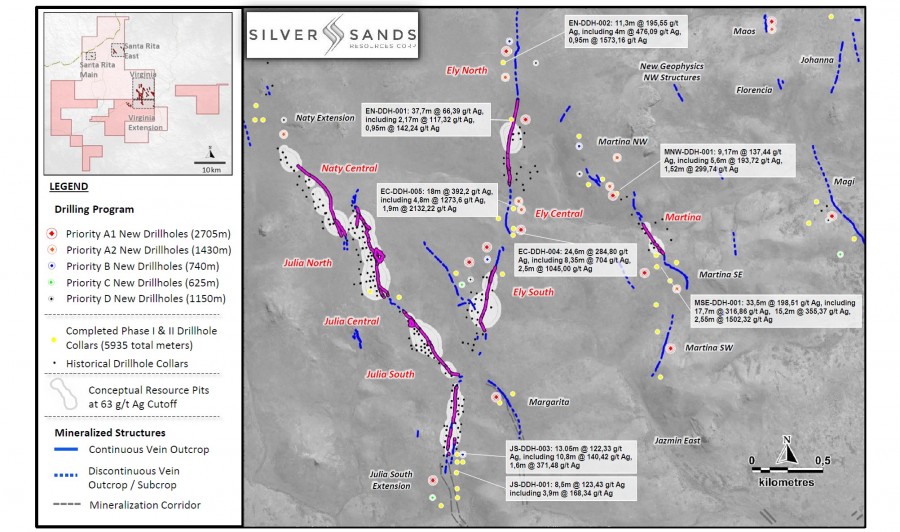 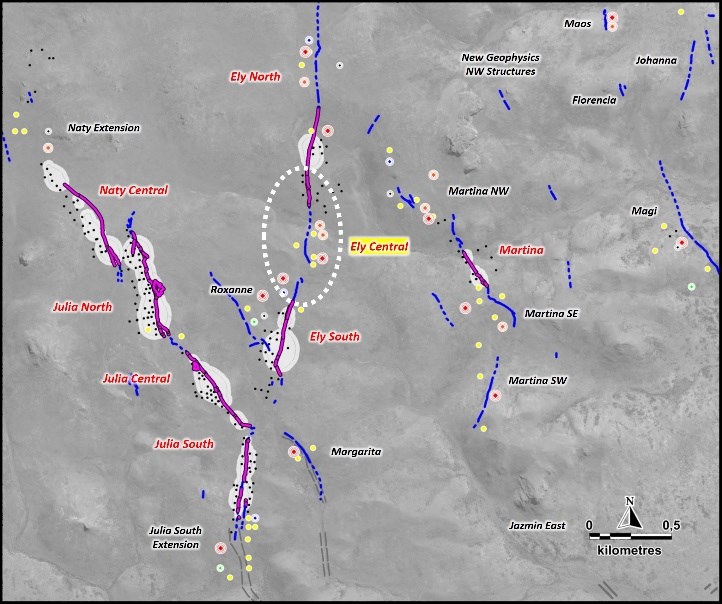 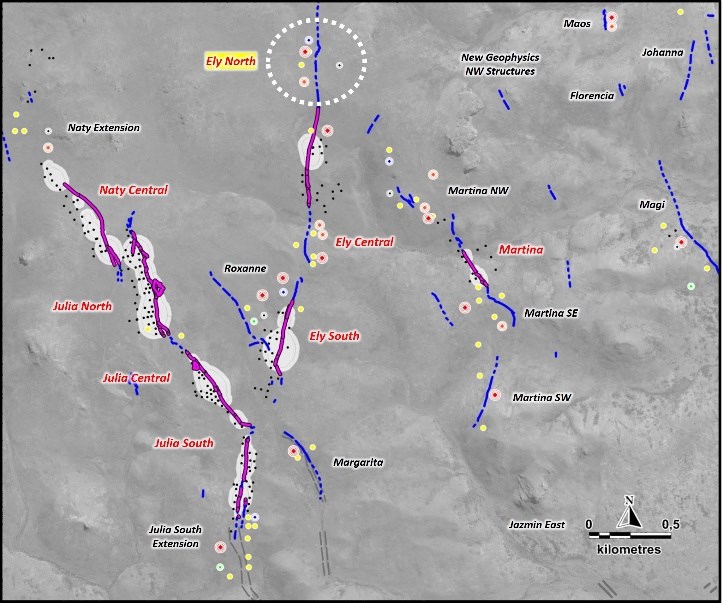 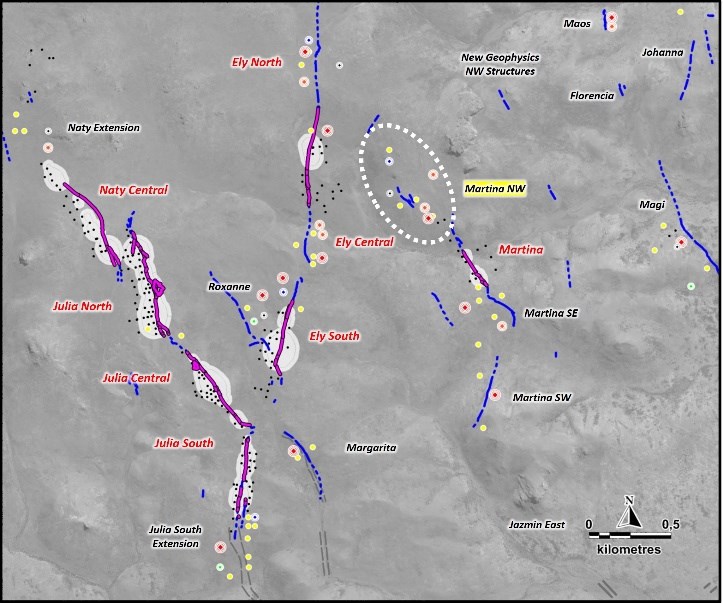 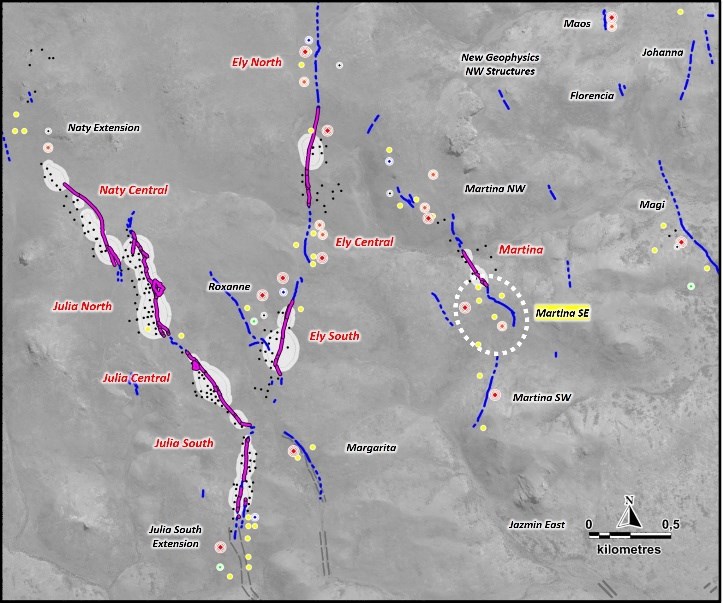 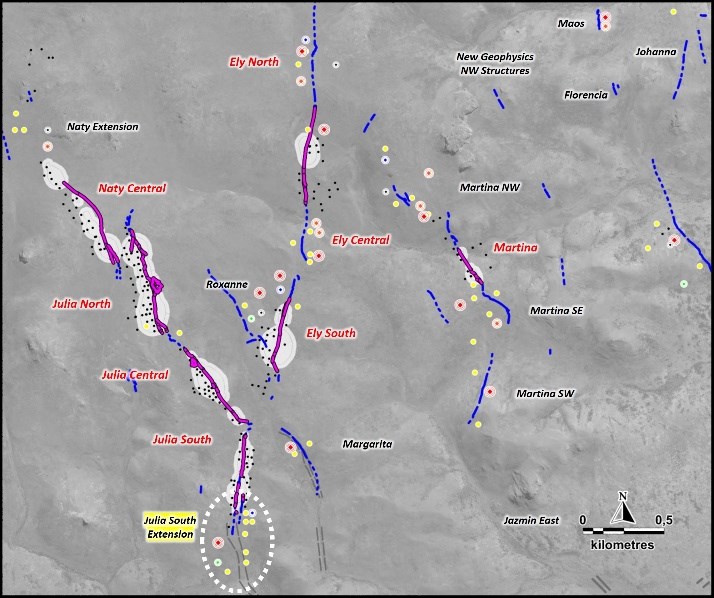 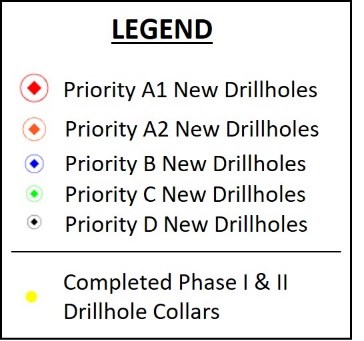 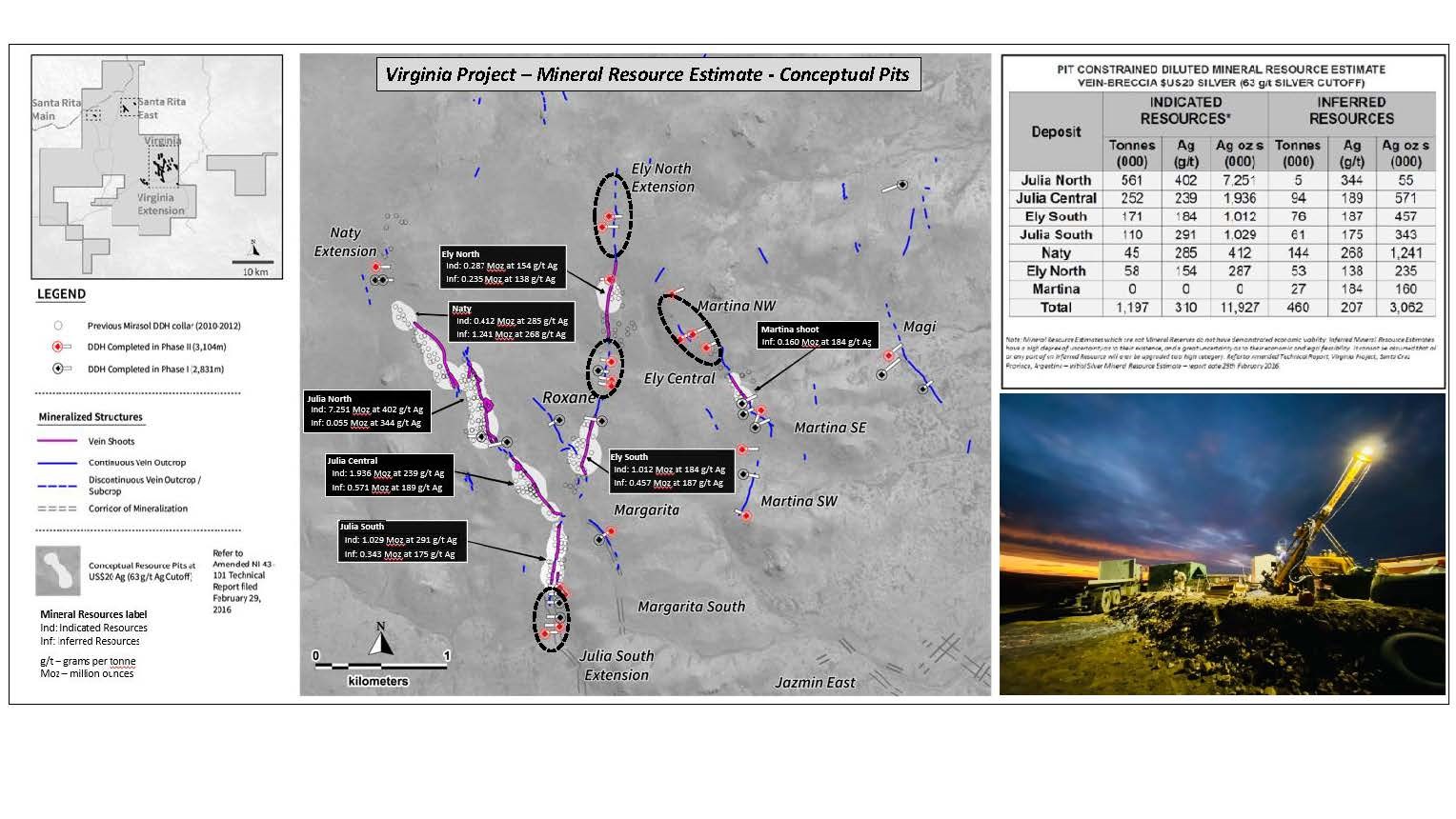 Several additional vein structures within the property package remain highly prospective, as Mirasol concentrated the bulk of its earlier exploration effort on the resource area at the expense of continuing exploration on the underexplored additional veins. Several of these structures have highlight silver values in excess of 1,000 g/t Ag and have a high probability of hosting additional silver resources.

Silver Sands has the option to earn-in 100% of the Virginia Project. Upon completion of the option Mirasol Resources will retain a 3% NSR royalty, of which 1% can be bought back by Silver Sands for US$ 2 million.

Silver Sands is a well-financed, Canada-based company engaged in the business of mineral exploration and the acquisition of mineral property assets in mining-friendly jurisdictions. Its objective is to locate and develop economic precious and base metal properties of merit. Its key asset is the Virginia silver project, located in the mining-friendly Santa Cruz state of Argentina.

Silver Sand’s disclosure of technical and scientific information in this press release has been reviewed and approved by R. Tim Henneberry, P.Eng., a director of the Company, who serves as a Qualified Person under the definition of National Instrument 43-101.

Silver Sands applies industry standard exploration sampling methodologies and techniques. All geochemical rock and drill samples are collected under the supervision of the company’s geologists in accordance with industry practice. Geochemical assays are obtained and reported under a quality assurance and quality control (QA/QC) program. Samples are dispatched to an ISO 9001:2008 accredited laboratory in Argentina for analysis. Assay results from channel, trench, and drill core samples may be higher, lower or similar to results obtained from surface samples due to surficial oxidation and enrichment processes or due to natural geological grade variations in the primary mineralization.

Neither the Canadian Securities Exchange (“CSE”) nor its Regulation Services Provider (as that term is defined in the policies of the CSE) accepts responsibility for the adequacy or accuracy of this release.