The novel battery is cheaper, safer, and longer-lasting.By  Loukia PapadopoulosMay 23, 2022 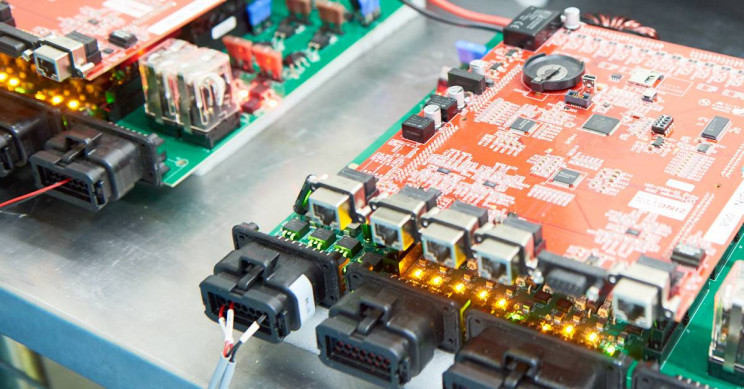 There’s a new battery in town and it is a game-changer. The novel battery is cheaper, safer, and significantly longer-lasting than lithium-ion batteries, reports Recharge.

The zinc-air hybrid flow battery is developed by a Canadian company called Zinc8. Zinc8 claims that the storage capacity of its system is adaptable, which is just one area in which it performs better than lithium-ion batteries.

Its capacity can be made bigger by increasing the size of the storage tank and the volume of the electrolyte it contains. This allows Zinc8 to offer some significant savings in terms of cost.

An eight-hour Zinc8 storage costs about $250/kWh and falls to $100/kWh for a 32-hour system and $60/kWh for 100 hours. Meanwhile, lithium-ion batteries cost about $300/kWh for any duration over eight hours.Top ArticlesThis Tesla Model 3 on Autopilot ReportedlySlammed Into Truck, Video ShowsREAD MORE00:19/00:30

“Our market is eight hours [of storage] and above,” Zinc8 chief executive Ron MacDonald told Recharge. “And the reason is that as you increase your storage capacity — the overall cost of the system continues to go down very significantly.”

Zinc-air has long been thought of as an advanced form of energy storage, but it suffered from a crucial flaw. Zinc-air saw the formation of a bumpy coating of zinc on the electrode, called a dendrite, which caused short circuits and other complications.

Zinc8, however, discovered a way to use this flaw to the company’s advantage.

“Most of the zinc-air battery research was focused on an electrolyte that would eliminate or reduce the dendritic formation,” said chief technology officer Simon Fan. “We took a totally different approach — we like dendrites.”More from Interesting EngineeringFace Masks Might Actually Increase Infection Risk for COVID-19Sperm Donation Goes Hands Free with This Weird Chinese Automatic Sperm CollectorConstruction Workers Build Concrete Staircase and It’s a Masterpiece

Zinc8 invented a process that removes the dendrite from the electrode to “give us beautiful dendritic particles that we can transfer to the storage tank.”

Now, the firm has won the New York Power Authority’s (NYPA) Innovation Challenge, a tender aiming to find novel storage technologies that last over eight hours. The firm is also working with NYPA on building a 100kW/1MWh pilot project.

This will “showcase the long-duration aspect of our battery and also validate the data so that we can move forward with New York Power Authority on many of their future projects”, Fan concluded.