A two-month infill drill program commenced in July 2021 to further delineate the Golden Mile mineralization. The primary goal of this program was to add to the known mineralization by testing the undrilled areas between gold-bearing intercepts returned from historic holes. The program intercepted numerous high-grade gold intercepts in untested open areas and accomplished its objective.


“We are pleased with the infill definition drilling at Golden Mile returning significant intercepts while confirming high-grade gold mineralization is bound in north-west structures,” stated Mr. Barry Devlin, Fortitude Gold’s Vice President of Exploration. “The results also confirmed significant widths of near-surface gold mineralization that could be accessed by open pit. Mineralization at Golden Mile remains open along strike and at depth, and we have our next drill program planned for later this year. The plan includes step-out holes once condemnation drilling on the sites where the proposed process facilities are to be located is completed. We look forward to build on this positive definition drilling at Golden Mile.”


“We are excited to continue to intercept attractive widths of high-grade gold, including 16.76 meters of 3.31 grams per tonne gold, with our definition drilling at Golden Mile,” stated Mr. Jason Reid, CEO and President of Fortitude Gold. “Once our geology team has processed all the infill drill results, we target our initial resource at Golden Mile for later this year. Our goal is to make a production decision at the earliest possible point in time once we have completed additional necessary project due diligence. In July of this year, we announced third party positive column leach test results for the project which estimated 85 to 87 percent gold recovery. Other recent due diligence includes our identification on the best water well location. Our goal is to make a production decision based off the initial resource and move forward to build the project. The Golden Mile mineralization remains open and there are other attractive drill targets in the immediate vicinity and nearby including the Spring area.” 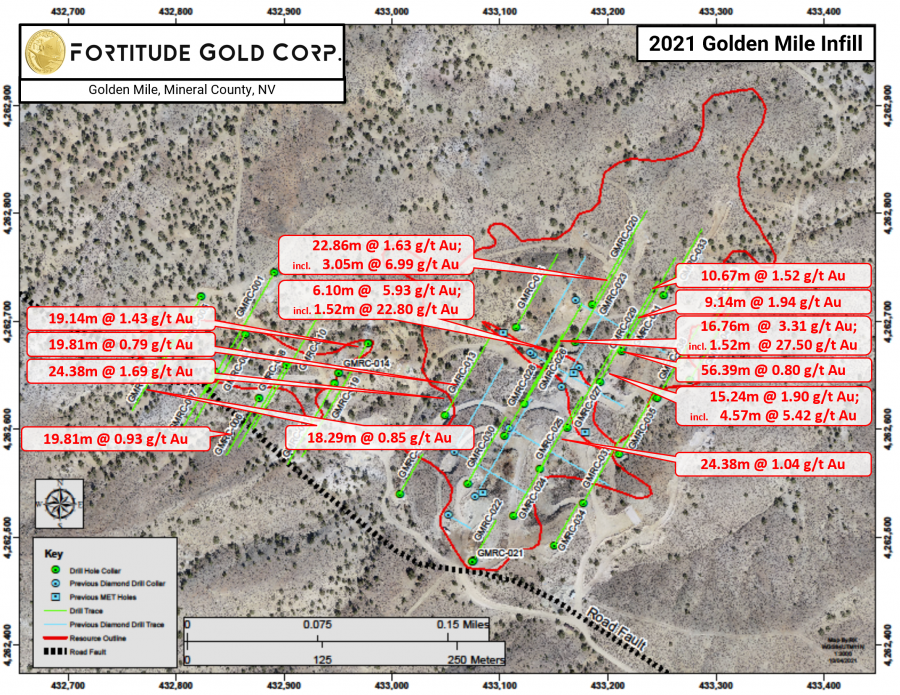 The Golden Mile property covers an area of 11,811 acres consisting of 599 unpatented lode mining claims and 5 patented mining claims in central Nevada’s Walker Lane Mineral Belt in Mineral county, Nevada. Two established mineralized zones have been drilled by previous operators on the property with the larger mineralized zone located within the 5 patented claims. The property is located approximately 23 miles east-southeast of the Company’s producing Isabella Pearl mine. 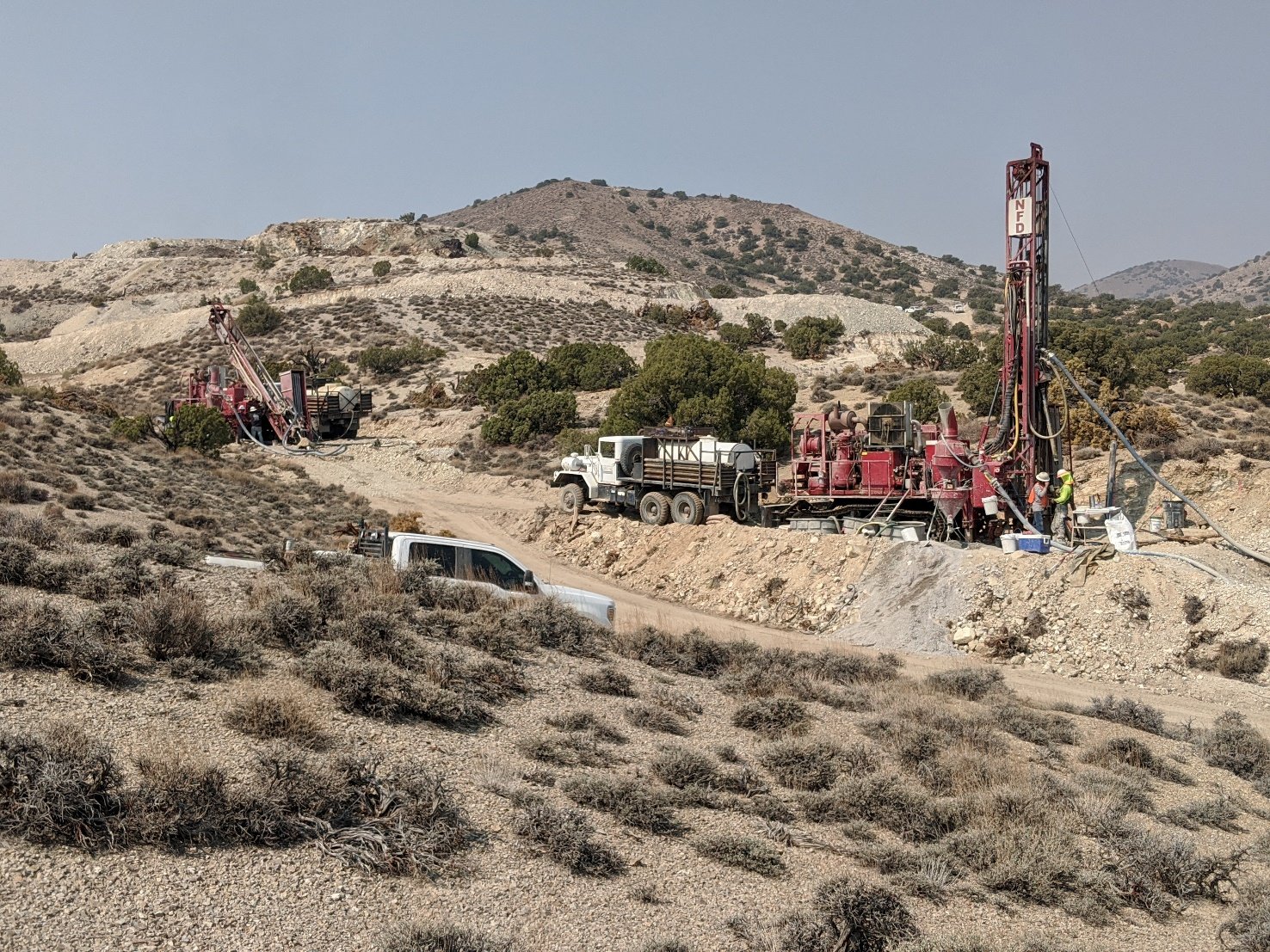 Forward-looking statements involve a number of risks and uncertainties, and there can be no assurance that such statements will prove to be accurate. The Company’s actual results could differ materially from those discussed in this press release. In particular, the scope, duration, and impact of the COVID-19 pandemic on mining operations, Company employees, and supply chains as well as the scope, duration and impact of government action aimed at mitigating the pandemic may cause future actual results to differ materially from those expressed or implied by any forward-looking statements. Also, there can be no assurance that production will continue at any specific rate.

Greg Patterson
719-717-9825
This email address is being protected from spambots. You need JavaScript enabled to view it.
www.Fortitudegold.com