Vancouver, British Columbia–(Newsfile Corp. – October 11, 2021) – Bam Bam Resources Corp. (CSE: BBR) (OTC Pink: NPEZF) (FSE: 4NPB) (“Bam Bam” or the “Company”) is pleased to announce that a Second Drill Rig is being added at the Majuba Hill Porphyry Copper Project in Pershing County Nevada. Falcon Drilling has been engaged to drill 914 m (3000 ft) of core. The second drill rig is being added to expand the footprint of the Porphyry Copper deposit at Majuba.

Reverse-circulation (“RC”) drilling with rig one began in the beginning of October and is making tremendous footage-production. The Company is very pleased with the results. The ongoing RC drilling program is focused on in-fill and expansion of the known oxide copper mineralization identified in previous drilling and mined from the historic underground Majuba Hill Mine. 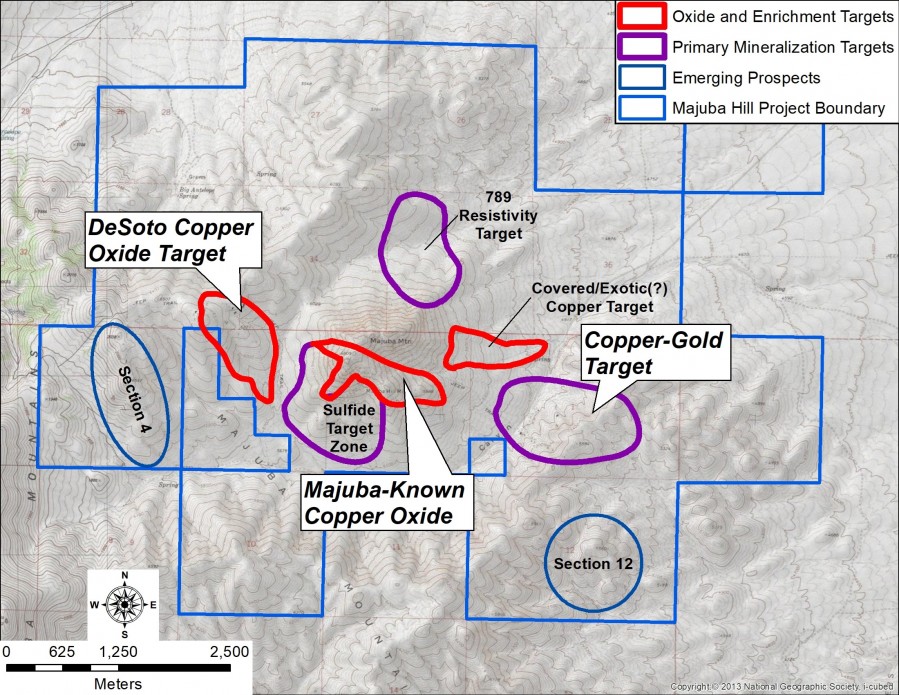 The mafic dike zone is strongly coincident with a distinct magnetic anomaly from the Drone Mag Survey and a high-chargeability corridor from the most recent Induced Polarization/Resistivity Survey.

David Greenway, President and CEO, commented: “I am very pleased that we are adding a second rig at Majuba. Bam Bam’s drilling at Majuba has always been based on a systematic, staged exploration approach and it is exciting that the results are driving an expanded drill program.”

The Company has implemented a QA/QC program using best industry practices at the Majuba Hill Project. The samples are transported from the BBR secure warehouse or directly from the drill to the ALS Sample Prep Facility in Reno or Elko, Nevada. ALS then transports the prepared pulps to their analytical lab in Reno, Nevada or Vancouver, B.C. Soil and rock chip samples are transported by the company directly to Elko or Reno, Nevada.

Drill core samples are sawn in half lengthwise and one half is placed in labeled cloth sample bags. All samples are analyzed for copper, gold, silver, and 33 other elements. Gold is determined by ALS method Au-AA23 which is a fire assay with an AAS finish on a 30 gram split. Copper, silver and the remaining 31 elements are determined by ALS method ME-ICP61 which is a four acid digestion and ICP-AES assay. Approximately 5% of the submitted samples are drill duplicates and copper-gold-porphyry commercial standard reference material pulps. The sample rejects and remaining pulps will be retrieved from ALS.

The scientific and technical information contained in this news release has been reviewed by E.L. “Buster” Hunsaker III, CPG 8137, a non-independent consulting geologist who is a “Qualified Person” as such term is defined under National Instrument 43-101 – Standards of Disclosure for Mineral Projects (“NI 43- 101”).

Bam Bam Resources Corp. (CSE: BBR) (OTC Pink: NPEZF) (FSE: 4NPB) is engaged in the identification, review and acquisition of latter stage copper and copper/silver/gold assets. This is in direct response to the growing worldwide demand and lack of supply for precious metals fueled by the Green New Deal in the US and most other developed nations with similar programs aimed at addressing climate change. Such programs are heavily reliant on silver, gold and especially copper to produce Electric Vehicles and other renewable power sources, as well as building infrastructure to provide clean and affordable electricity.

The flagship project is the Majuba Hill copper, silver and gold District located 156 miles outside Reno, Nevada, USA. Management has been mandated to focus on safe, mining friendly jurisdictions where government regulations are supportive of mining operations.

On Behalf of the Board of Bam Bam Resources Corp.

For further information, please contact:
Joel Warawa
VP of Corporate Communications
E: This email address is being protected from spambots. You need JavaScript enabled to view it.
P: 1 (855) 475-0745